Thank you to everyone who visited my Instagram page and has supported my journey to better photographs.  I am thankful for all your support.  Drop by and say hi if you have the time!

Here’e to another year of taking photographs of London, Essex and food! 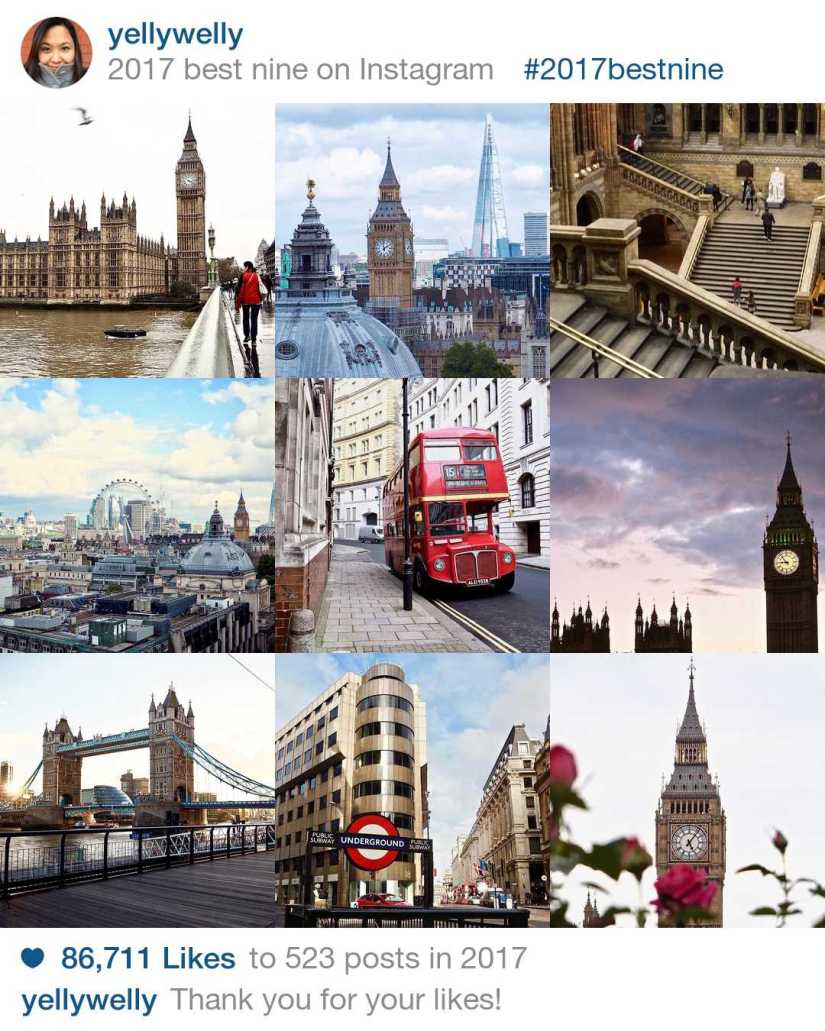 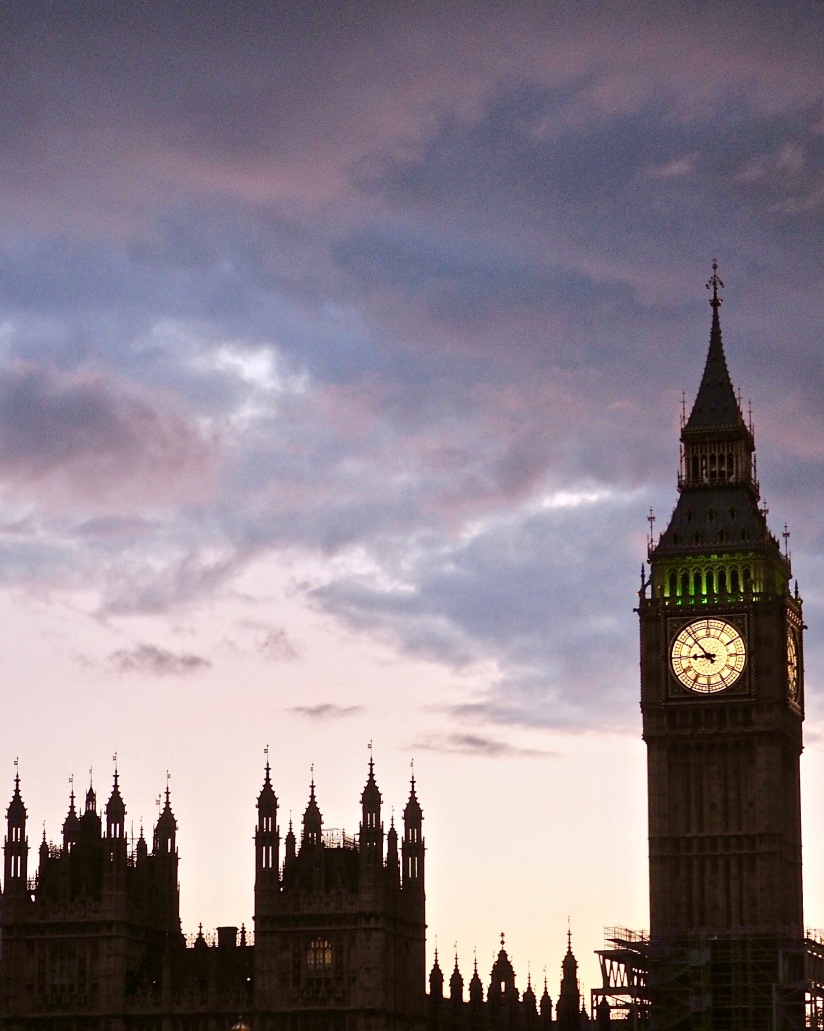 “Time was a funny and fickle thing. Sometimes there was never enough of it, and other times it stretched out endlessly.” ~ J. Lynn, Be with Me

It’s part of that list – the list of the iconic London structures that every tourist will want to see.  The Elizabeth Tower, the structure that houses Big Ben, the great bell that has marked the passing of each hour for 157 years, since it began service in 1859.  The Big Ben was silenced in August of this year for necessary restoration work that is meant to take about 4 years to repair the cracks and the Elizabeth Tower was slowly covered up with scaffolding to also undergo restoration work, along with other areas of Westminster Palace.  Although Ben was meant to be silent for 4 years, it did chime during Remembrance Sunday and Christmas Day.  It is also meant to chime in the New Year.

While I have always said that since I moved to the UK, time has rushed past me, waiting for Ben and his “braces” to be removed seems to be quite a long wait.  Sometimes waiting for Ben to be unbraced is unbearable.  I keep telling myself it’s for the best, because Ben will come back, stronger and restored.  So wait we must.  Patience is a virtue.  But oh my goodness!  1146 days (give or take a few days, as I can’t be completely accurate) is a lot of days!

I miss you Ben! 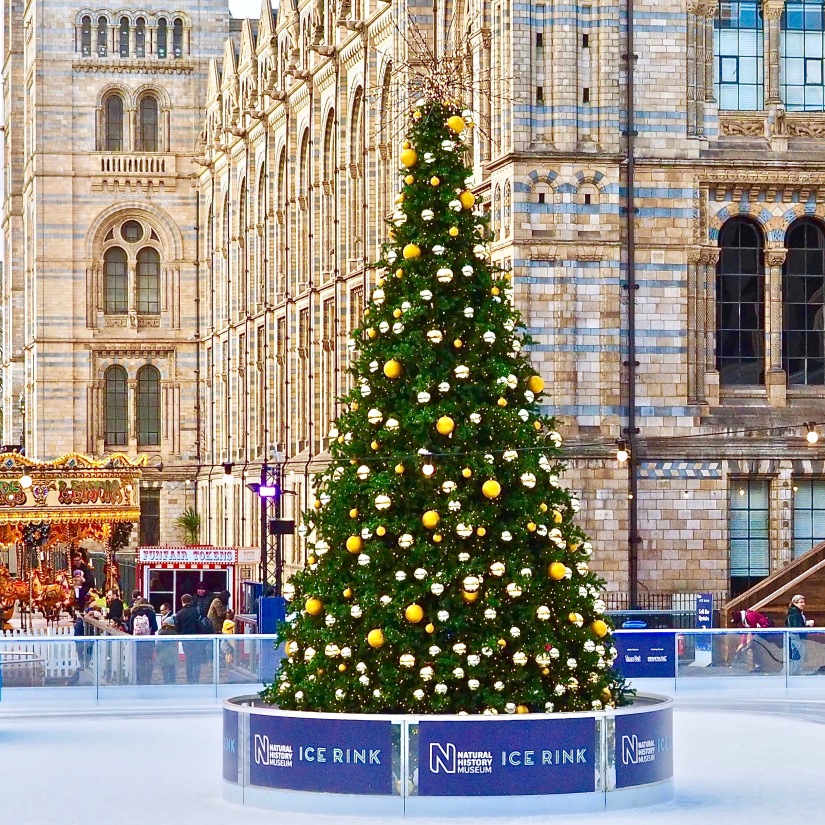 “Friendship … is born at the moment when one man says to another “What! You too? I thought that no one but myself . . .” ― C.S. Lewis, The Four Loves

One of the best presents I’ve received this year, I didn’t find under the Christmas tree. I found them on London instagram hub meets and impromptu photowalks throughout this year.

I am thankful to Alan for introducing me, properly, to photography and for encouraging me to learn how to take photographs.  Because of all this photography business, we’ve gone on to meet so many amazingly cool and super talented creative individuals!  But even more than all the new acquaintances, I am thankful for the friendships these experiences have cultivated.

Y’all know who you are. Your friendships are the best gifts Alan and I have received this year! We are blessed by you!

“Our many different cultures notwithstanding, there’s something about the holidays that makes the planet communal. Even nations that do not celebrate Christmas can’t help but be caught up in the collective spirit of their neighbors, as twinkling lights dot the landscape and carols fill the air. It’s an inspiring time of the year.” — Marlo Thomas

As the debris of Christmas eve, Christmas Day and all the lovely Christmas meals are cleared away, I turn to thoughts of Christmas as one often does during these times. Christmas is truly a great uniter…as the real reason for the season truly brings us together. God’s love truly unites us and binds us together, and it is fitting that the season that celebrates the embodiment of God’s love, His Son coming down to live amongst us, unites the world in a celebration of love, joy, peace and selflessness – because Christmas brings about a reason for us to think of others first instead of ourselves, of giving, instead of receiving, of forgiving and letting go.

My heart goes out to all those who have suffered a loss this Christmas. I can only pray that you feel God’s loving arms enfold you in the warmest and most comforting of embraces.

Allow me to say, that despite the sadness that some people may be going through, God will carry you through these difficult times, and I would still bravely greet everyone a very Merry Christmas! 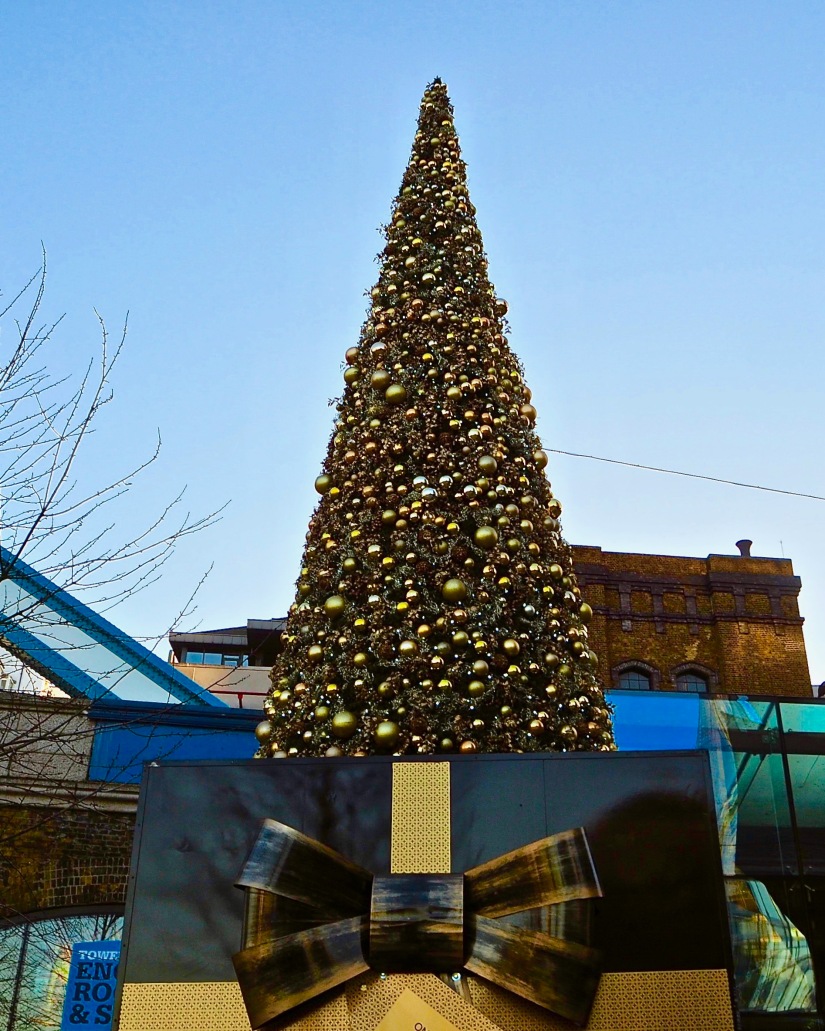 I dropped my phone and smashed my screen. 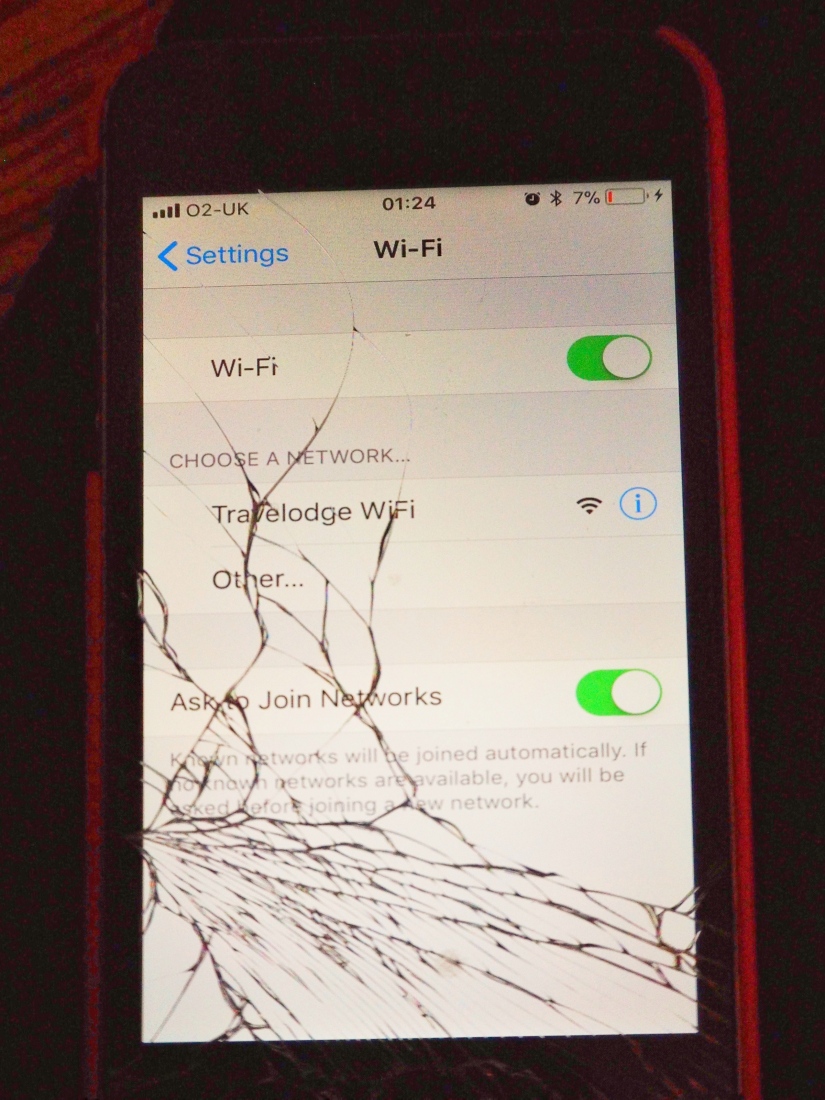 It may take a while to get over it!

I’ve never been a spectator…not really.  I’ve always had an opinion and more often than not, I opened my mouth to express it and I have, on occasion inserted my foot in my mouth.  It hasn’t stopped me from expressing my opinion though.

In the process, I’ve hurt feelings and lost friendships that I valued.  I thought I’d learn from the mistakes and keep my opinions to myself, let other people say what I wanted to say.  It was only recently that I’ve allowed myself to step back, or hold my tongue and keep schtumm.  But last night, I couldn’t keep quiet.

Last night, Alan’s photo was grabbed by someone, posted on their Instagram feed without acknowledging that it was Alan’s photo. I posted a couple of stories to protest the injustice.  Once that was done, and we saw that the “borrowed” photos started disappearing from the account’s feed. 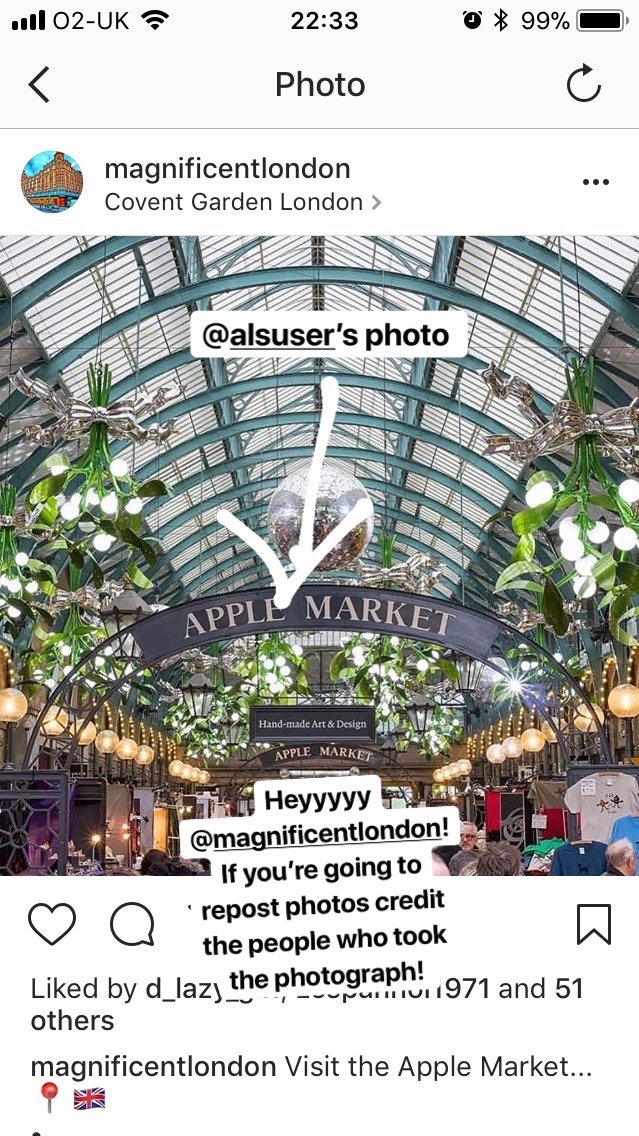 I woke up to find the comments section of the photo I posted before 8:30 last night turned into a chatroom for Instagram bot accounts.  I would laugh if it wasn’t frustrating.  To top it all off, a few people who follow me on Instagram were messaging that the account that grabbed Alan’s photo was claiming that they took the original photo of the look-down view of the rollercoaster in Winter Wonderland that I posted. 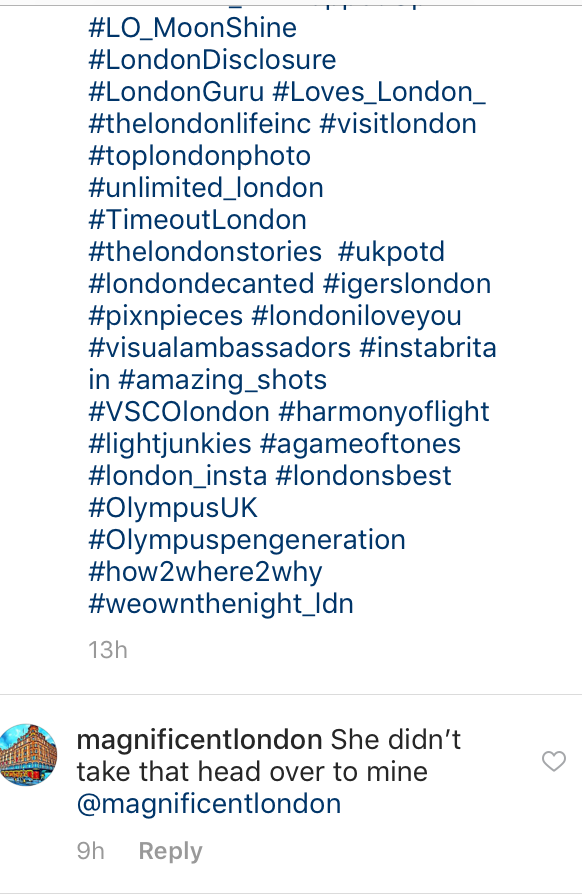 I took to Instagram stories again to just get things off my chest.  I told my story, and shared my thoughts.

It is certainly a sad commentary on our times when people think it’s acceptable to take other people’s work and pass it off as their own to gain followers and popularity on social media. 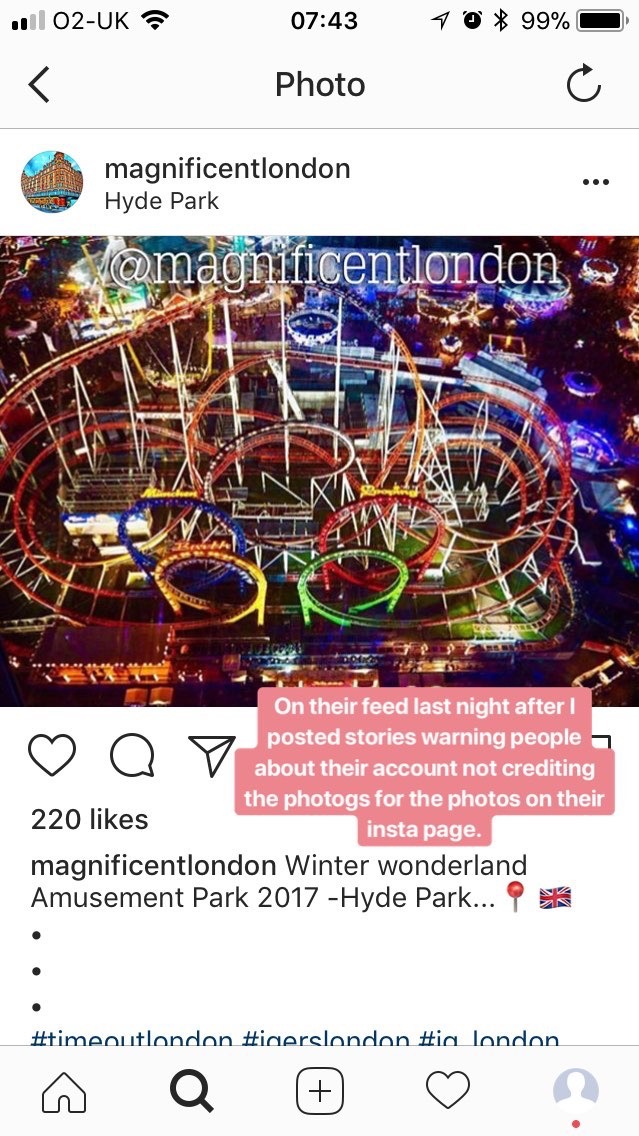 I know that I took the photo they’re claiming is theirs.  I have the original.  I posted it hours before they did and putting a banner of their instagram name across the photo doesn’t prove ownership. 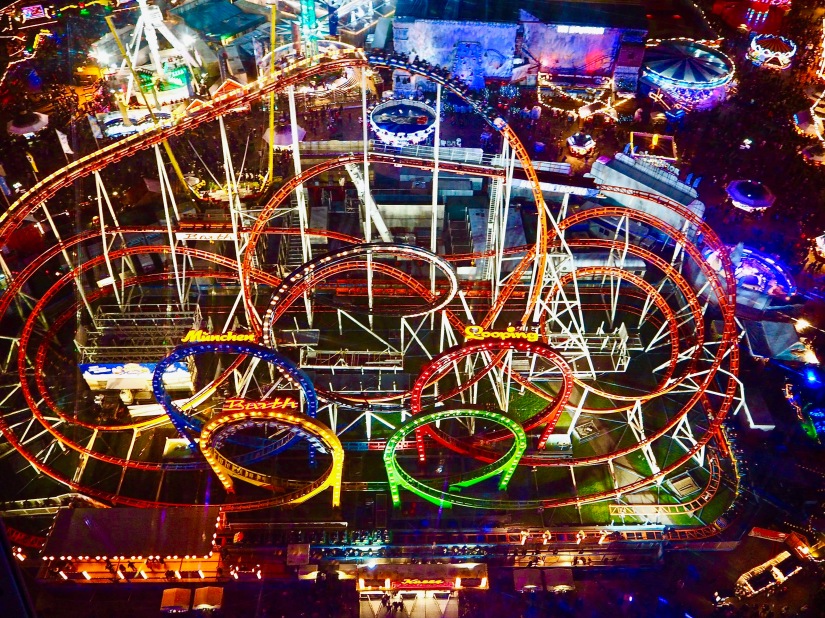