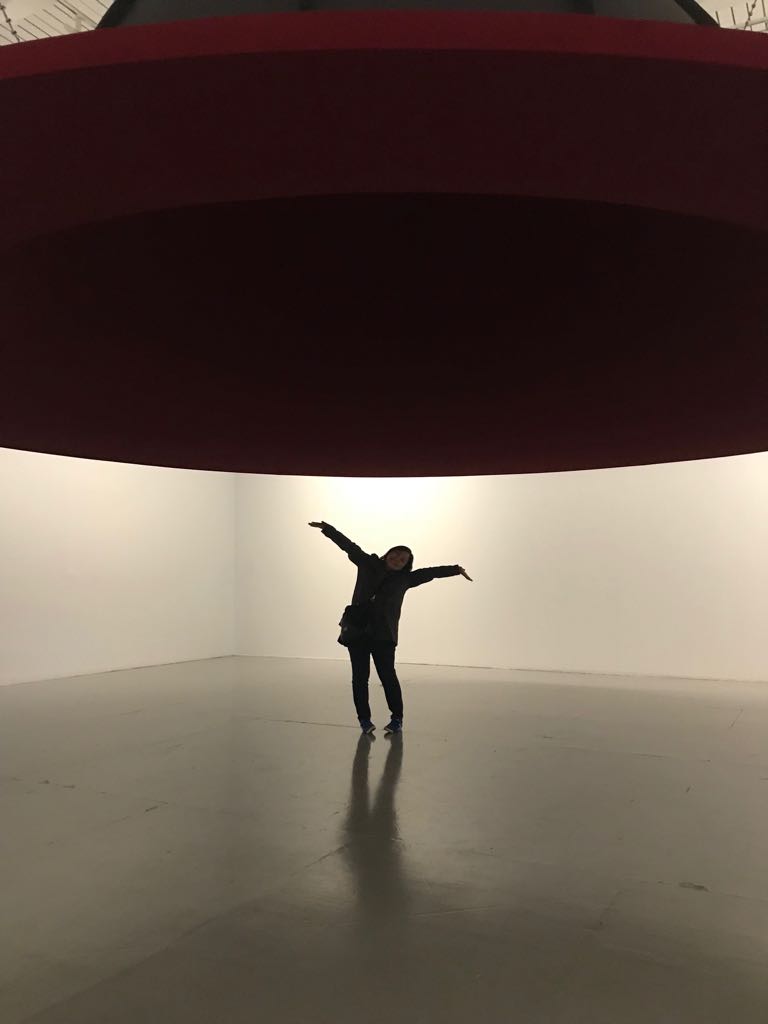 I rarely take photos of myself.  No wait.  That’s a lie.  I take selfies.  But rarely post them.  I have loads that I’ve taken, saved and never ever looked at again.  In the same vein, I usually don’t like having my picture taken.  I will take photos of other people but I will very rarely take a portrait shot of me seriously!  I’m almost always pulling faces!

I do love this photo though.  It was taken by my friend Anila.  She’s quite clever ninja with the camera and I particularly love her portraits.  She kept asking me to do star jumps (which incidentally are also known as jumping jacks!).   I wasn’t going to because I’m such a klutz!  I’m more likely to slip on landing and break something vital!  So this was the closest Anila was going to get capturing me in a star jump pose!

I am (awkwardly) posing under Anish Kapoor’s At the Edge of the World II at the Everything at Once exhibition at the Store Studios at 180 Strand.

You’ve got to look at Anila’s amazing photos.  She’s @sparkle71h on Instagram and her gorgeous portraits account is @akhussainphotography.  I love her ballerina photos (you half expect the ballerinas to start pirouetting) and her portraits (I love how she captures the light in a person’s eye, it’s just magical!).  She’s also generous with her camera knowledge.  I know for sure that my light trail photos are much better after her tips!  Give her Flickr page a visit!❤️