I love it when a plan comes together!  I managed to tick off 2 recipes from the book.

I made blueberry “fruit goo” (page 34).  It was necessary because the fruit goo was going to be the topping and filling for the cupcake recipe I was going to attempt.  The recipe was so very generous and there is still half a jar of the fruit goo in my fridge. 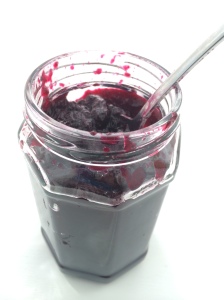 The cupcake recipe I attempted today was the blueberry cheesecake cupcake (page 62).  I haven’t been able to taste it because I’ve had too much of the fruit goo and the cream cheese icing, but Alan says it tastes and smells like a cheesecake and I trust his food opinion!  So it passes the Alan taste test.  It was quite fun to do this though because you built up the cupcake in stages: first you had to put together the biscuit base (like any self-respecting cheesecake, this one, too, has a buttery biscuit base), then put in the cupcake batter, bake the cupcake, then fill the middle with the blueberry fruit goo (for more fruity goodness, I think), and top it with a cream cheese frosting and swirl through even more fruit goo!  I had fun doing this.  I really did. 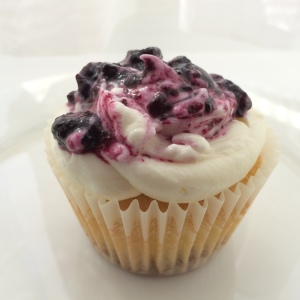 So, as far as today is concerned, I only have 47 recipes to go and 22 weeks to finish cooking through the book.

I can do this! 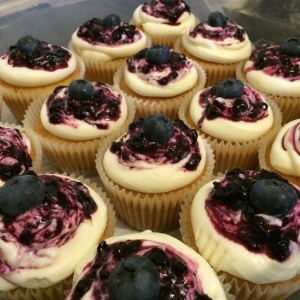 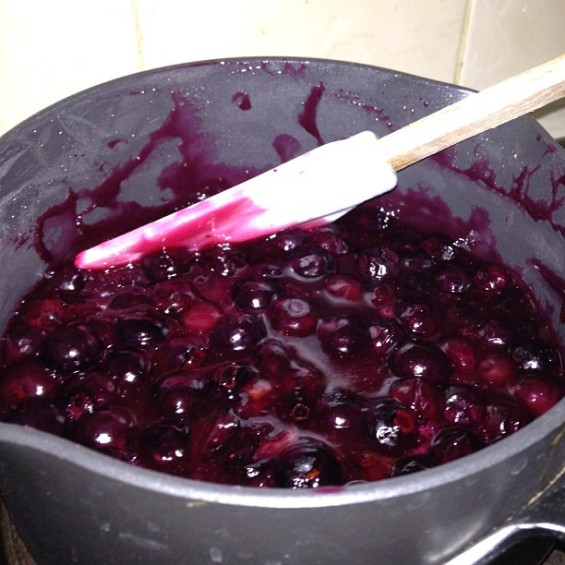